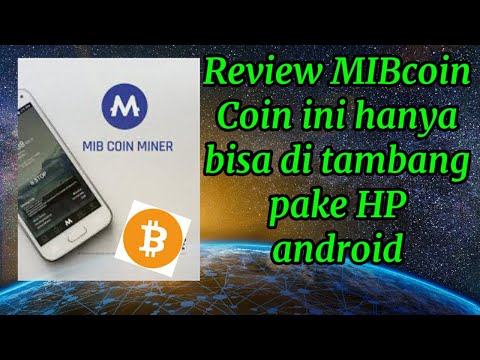 Peter Todd on Aug 05 2016:
Repost by request from my blog, apologies for the somewhat screwy formatting!
 layout: post
title: "Progress On Hardfork Proposals Following The Segwit Blocksize Increase"
date: 2016-08-05
tags:
 With segwit getting close to its initial testnet release in Bitcoin Core
v0.13.0 - expected to be followed soon by a mainnet release in Bitcoin Core
v0.13.1 - I thought it'd be a good idea to go over work being done on a
potential hard-fork to follow it, should the Bitcoin community decide to accept
the segwit proposal.
First of all, to recap, in addition to many other improvements such as fixing
transaction malleability, fixing the large transaction signature verification
DoS attack, providing a better way to upgrade the scripting system in the
future, etc. segwit increases the maximum blocksize to 4MB. However, because
it's a soft-fork - a backwards compatible change to the protocol - only witness
(signature) data can take advantage of this blocksize increase; non-witness
data is still limited to 1MB total per block. With current transaction patterns
it's expected that blocks post-segwit won't use all 4MB of serialized data
allowed by the post-segwit maximum blocksize limit.
Secondly, there's two potential upgrades to the Bitcoin protocol that will
further reduce the amount of witness data most transactions need: [Schnorr
signatures](https://bitcoinmagazine.com/articles/the-power-of-schnorr-the-signature-algorithm-to-increase-bitcoin-s-scale-and-privacy-1460642496) and BLS aggregate signatures.
Basically, both these improvements allow multiple signatures to be combined,
the former on a per-transaction level, and the latter on a per-block level.
Last February
some of the mining community and some of the developer community got together to discuss potential
hard-forks, with the aim of coming up with a reasonable proposal to take to the
wider community for further discussion and consensus building. Let's look at
where that effort has lead.


Ethereum: Lessons to be learned

But first, Ethereum. Or as some have quipped, the Etherea:
The Battle for Etherea. https://t.co/2ATQRQRXnH">https://t.co/2ATQRQRXnH— Samson Mow (@Excellion) https://twitter.com/Excellion/status/759677608753627136">July 31, 2016
If you've been following the crypto-currency space at all recently, you
probably know that the Ethereum community has split in two following a very
controversial hard-fork to the Ethereum protocol, To make a long story short, a
unintended feature in a smart-contract called "The DAO" was exploited by a
as-yet-unknown individual to drain around $50 million worth of the Ethereum
currency from the contract. While "white-hat attackers" did manage to recover a
majority of the funds in the DAO, a hard-fork was proposed to rewrite the
Ethereum ledger to recover all funds - an action that many, including myself,
have described as a bailout.
The result has been a big mess. This isn't the place to talk about all the
drama that's followed in depth, but I think it's fair to say that the Ethereum
community found out the hard way that just because you give a new protocol the
same name as an existing protocol, that doesn't force everyone to use it. As of
writing, what a month ago was called "Ethereum" - Ethereum Classic - has 20% of
the hashing power as the bailout chain, and peaked only two or three days ago
at around 30%. As for market cap, while the combined total for the two chains
is similar to the one chain pre-fork, this is likely misleading: there's
probably a lot of coins on both chains that aren't actually accessible and
don't represent liquid assets on the market. Instead, there's a good chance a
significant amount of value has been lost.
In particular, both chains have suffered significantly from transaction replay
issues. Basically, due to the way the Ethereum protocol is designed - in
particular the fact that Ethereum isn't based on a UTXO model - when the
Ethereum chain split transactions on one chain were very often valid on another
chain. Both attacks and accidents can lead to transactions from one chain
ending up broadcast to others, leading to unintentional spends. This wasn't an
unexpected problem:
.https://twitter.com/petertoddbtc">@petertoddbtc we knew it would happen weeks before launch, we didn't want to implement replay-protection b.c. of implementation complexity— Vlad Zamfir (@VladZamfir) https://twitter.com/VladZamfistatus/759552287157133313">July 31, 2016
...and it's lead to costly losses. Among others Coinbase has lost [an unknown amount of
funds](https://twitter.com/eiaine/status/758560296017416194) that they may have to buy back. Even worse, BTC-e lost pretty much their entire balance
of original Ethereum coins - apparently becoming insolvent - and instead of
returning customer funds, they decided to declare the original Ethereum chain a scam instead.
A particularly scary thing about this kind of problem is that it can lead to
artificial demand for a chain that would otherwise die: for all we know
Coinbase has been scrambling behind the scenes to buy replacement ether to make
up for the ether that it lost due to replay issues.
More generally, the fact that the community split shows the difficulty - and
unpredictability - of achieving consensus, maintaining consensus, and
measuring consensus. For instance, while the Ethereum community did do a coin
vote as I suggested, turnout was extremely
low - around 5% - with a significant minority in opposition (and note that
exchanges' coins were blacklisted from the vote due to technical reasons).
Additionally, the miner vote also had low turnout, and again, significant
minority opposition.
With regard to drama resulting
from a coin split, something I think not many in the technical community had
considered, is that exchanges can have perverse incentives to encourage it. The
split resulted in significant trading volume on the pre-fork, status quo,
Ethereum chain, which of course is very profitable for exchanges. The second
exchange to list the status-quo chain was Poloniex, who have over 100
Bitcoin-denominated markets for a very wide variety of niche currencies - their
business is normally niche currencies that don't necessarily have wide appeal.
Finally, keep in mind that while this has been bad for Ethereum, it'd be even
worse for Bitcoin: unlike Ethereum, Bitcoin actually has non-trivial usage in
commerce, by users who aren't necessarily keeping up to date with the latest
dramaHHHHH news. We need to proceed carefully with any
non-backwards-compatible changes if we're to keep those users informed, and
protect them from sending and receiving coins on chains that they didn't mean
too.

So how can we split safely? Luke Dashjr has written both a
BIP, and
preliminary code
to do a combination of a hard-fork, and a soft-fork.
This isn't a new idea, in fact Luke posted it
to the bitcoin-dev mailing list last February, and it's been known as an option
for years prior; I personally mentioned it on this blog last January.
The idea is basically that we do a hard-fork - an incompatible rule change - by
"wrapping" it in a soft-fork so that all nodes are forced to choose one chain
or the other. The new soft-forked rule-set is simple: no transactions are
allowed at all. Assuming that a majority of hashing power chooses to adopt the
fork, nodes that haven't made a decision are essentially 51% attacked and will
follow an empty chain, unable to make any transactions at all.
For those who choose not to adopt the hard-fork, they need to themselves do a
hard-fork to continue transacting. This can be as simple as blacklisting the
block where the two sides diverged, or something more complex like a
proof-of-work change.
On the plus side, Luke's proposal maximizes safety in many respects: so long as
a majority of hashing power adopts the fork no-one will accidentally accept
funds from a chain that they didn't intend too.


Giving Everyone A Voice

It's notable that what Luke calls a "soft-hardfork" has also been called a
"forced soft-fork" by myself, as well as an "evil fork" by many others - what
name you give it is a matter of perspective. From a technical point of view,
the idea is a 51% attack against those who choose not to support the new
protocol; it's notable that when I pointed this out to some miners they were
very concerned about the precedent this could set if done badly.
Interestingly, due to implementation details Ethereum hard-fork was similar to
Luke's suggestion: pre-fork Ethereum clients would generally fail to start due
to an implementation flaw - in most cases - so everyone was forced to get new
software. Yet, Ethereum still split into two economically distinct coins.
This shows that attempting to k...[message truncated here by reddit bot]...
 original: https://lists.linuxfoundation.org/pipermail/bitcoin-dev/2016-August/012936.html

Bryan Bishop on Aug 02 2016:
Some Bitcoin developers and miners went to visit with Dan Boneh at Stanford
earlier today, and I thought I would share what we talked about.
Transcript:
http://diyhpl.us/wiki/transcripts/2016-july-bitcoin-developers-miners-meeting/dan-boneh/
Topics discussed include elliptic curve crypto, ECDSA, Schnorr signatures,
signature aggregation, BLS signature schemes, pairing crypto, group
signatures, block-level signature aggregation, transaction-level signature
aggregation, post-quantum crypto, quantum mining ASICs, provable solvency
schemes, scrypt password hashing, and balloon hashing.
(I would include the text directly but it's nearly 60 kilobytes in size and
past the point where I am presently comfortable with gunking up other
mailboxes.)
http://heybryan.org/
1 512 203 0507
-------------- next part --------------
An HTML attachment was scrubbed...
URL: http://lists.linuxfoundation.org/pipermail/bitcoin-dev/attachments/20160802/31e6d043/attachment-0001.html
 original: https://lists.linuxfoundation.org/pipermail/bitcoin-dev/2016-August/012921.html

Stanford professor Dan Boneh teaches “Blockchain Primitives: Cryptography and Consensus,” providing an introduction to the cryptographic foundation of blockchains and how developers can use them to build new types of applications. Andreessen Horowitz’s Crypto Startup School brought together 45 participants from around the U.S. and overseas in a seven-week course to learn how to build ... The study of cryptocurrency and blockchain at educational institutions could impact positively on the space filling skill gaps in the industry, according to a report by Bitcoinist Dan Boneh, co-director of the Stanford Computer Security Lab "Cryptocurrencies are a wonderful way to teach cryptography" said Boneh, who's been studying cryptography for almost three decades. Beyond that, "there are a whole bunch of new applications for cryptography that didn't exist before," he said. In 2015, Boneh began teaching a class on bitcoin and cryptocurrencies and was quickly ... Articles tagged with >> Dan boneh :: bitsmart analyses Cryptocurrency news, social media and market sentiment . bitsmart. Buy bitcoin. BTC $9106.76 ETH $230.28 XRP $0.24 LTC $61.98 XMR $68.95 bitcoin. Buy dashboard news trend news articles tagged dan boneh 1 X bitcoin = $9106.76. Friday 16 October 2020 Bitcoin has a ‘dark forest’ of its own, and it has to do with brainwallets. 3 days ago ... Dan Boneh Bitcoin, CS 251 Bitcoin and Cryptocurrencies — Syllabus! Panduan Lengkap Bitcoin council tax bailiffs income support Dan dan boneh bitcoin Mata Uang Digital Lainnya!